The “First Daughter”, as she has been branded, posed in front of India’s Taj Mahal with her husband Jared Kushner. The infamous wonder of the world is also known as world’s most famous monument of love and has seen other famous figures such as the late Princess Diana post in front of it. 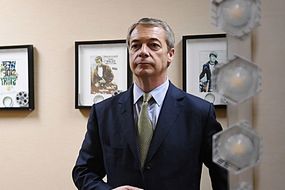 Ivanka made the trip to India with her husband, her father US President Donald Trump and First Lady Melania Trump.

In one of the images, Mr Kushner is seen with his arm around Ivanka before stepping to one side to allow her some solo snaps.

These solo shots of Ivanka were then hilariously photoshopped by the White House adviser’s biggest fans.

She captioned the photos: “I appreciate the warmth of the Indian people.

“I made many new friends!”

One of the photos shows a man, presumably from India, replacing Ivanka’s husband.

Ivanka’s solo images were then also photoshopped to show men sitting in various poses next to her.

One such man - who was pictured wearing an orange turban - was lying relaxed on the bench with his leg over Ivanka. 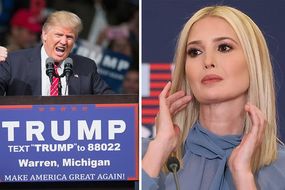 Ivanka Trump: Why First Daughter was ‘frustrated’ by Trump campaign 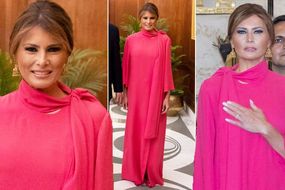 Another photo shows Ivanka posing in front of the Taj Mahal while another man stands behind her with his hand around hers.

One hilarious photo shows Ivanka sitting on the back of a man’s bike.

The images were created by one of India’s

RT @expressceleb: Karen Hauer tells The One Show's Alex Jones to 'stop it' as ...