ADE EDMONDSON appeared in his last scene of Eastenders this week, leaving his onscreen love Jean in floods of tears. But why has he left Eastenders?

In early 2019, Jean Slater (played by Gillian Wright) was diagnosed with ovarian cancer and had her family come together, including son Sean Slater (Robert Kazinsky) for a brief time, rallying around in support. She was scared of what was to come as she continued to feel weak with the ongoing chemotherapy but everything changed when she met fellow cancer patient Daniel Cook (Ade Edmondson). However, the new couples’ journey on Eastenders came to a heartbreaking end on Thursday (February 27).

When Jean first met Daniel at the hospital during a chemotherapy appointment, she found him rude and inappropriate with his dark sense of humour and wanted nothing to do with him.

But as time went on, their friendship grew which became more important than ever as Daniel was told he didn’t have too much longer left to live as his cancer worsened.

Despite their obvious feelings for one another, Daniel thought with the new diagnosis, the only option he had was to get out of her life for good.

Daniel Cook was a cancer patient at the hospital where Jean was also getting treatment for ovarian cancer. (Image: BBC) 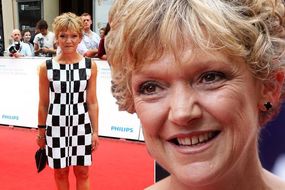 He got one of his friends to tell Jean he had died and even held a memorial service at the community centre to make her believe he was actually dead.

But when he bumped into Kush Kazemi (Davood Ghadami) at the hospital during a routine appointment, his plan started to slowly unravel and eventually came clean to Jean who was less than impressed.

But the pair got over this hurdle and began their relationship which melted viewers’ hearts.

From rude jokes and pranking Raine Cross (Tanya Franks) and Stuart Highway (Ricky Champ) at the funeral parlour, to him decorating the front room in Valentine’s Day decorations with a feather boa hanging around his neck, their romance continued to blossom.

This was until they went to the hospital once more for another appointment.

sport news Maxi Rodriguez reveals Rafa Benitez was furious with him after sealing ...