FREDDIE MERCURY pulled a hilarious prank at his housewarming, according to a close friend.

A new video podcast series on Freddie Mercury called Finding Freddie has launched to promote his new Never Boring box set. And the first episode sees those who were close to him sharing what it was really like being in the Queen singer’s company. In one scene, journalist and interviewer David Wigg shares an amusing prank Freddie pulled on his friends at a housewarming party. 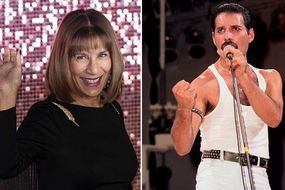 Wigg revealed: “When he bought the house, this lovely Edwardian mansion in Kensington, he had a [housewarming] party to ask the friends along to see…what we all thought of it.

“So he made us hid[e] on the balcony which overlooked the hallway.

“He could hear what the people, his friends, were saying about the house as they walked in.”

Wigg added: “And he said – he could be wicked like this – ‘They dare say anything against my taste, there won’t be another invitation for them here.

“That is what he was like. We were up there sort of listening and peering over.

“They didn’t know we were up there. He was full of fun and pranks like that y’know.”

In the video, Freddie’s friends also spoke of his unique