NASA believes the change was at least partly related to the economic slowdown caused by efforts to contain coronavirus.

The NASA maps show how levels of nitrogen dioxide, a toxic gas from vehicles, power plants and factories, plummeted after the mass quarantine, compared with before. Confirmed coronavirus cases now number at least 89,798 victims and there have been 3,069 deaths.

Coronavirus UK: Pathogen may be ‘Disease X’ WHO warned about 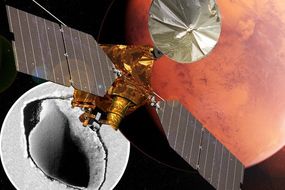 Closing industrial plants and ordering suspected patients to stay at home has led to steep falls in the burning of fossil fuels — a key contributor to the climate change — in the world’s largest producer of greenhouse gases.

NASA space maps compare pollution levels between the first three weeks of the year and February 10 to 25.

The space agency’s scientists reveal the pollution plummet was first apparent near Wuhan, the source of the outbreak, where it quickly spread across China. 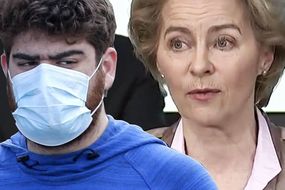 Dr Lei Liu, an air quality researcher at NASA’s Goddard Space Flight Centre, said: “This is the first time I have seen such a dramatic drop-off over such a wide area for a specific event.”

The scientist said she had witnessed a similar decline in nitrogen dioxide (NO2) levels during the economic recession of 2008 but added that decrease was more gradual.

Although the 2020 fall coincided with the Lunar New Year, when factories and businesses close, but researchers believe the decline is far greater than could be attributed to the holiday period.

PREV RT @expressceleb: Liz Hurley, 54, stuns with lingerie snap as she opens up ...
NEXT Young Aussies have been labelled the transmitters of the virus, but that didn't ...