Call the Midwife star Miriam Margolyes is heading on an all-new journey next week as she fronts her new BBC Two series Miriam’s Big Fat Adventure. The actor heads up and down the nation to speak with people struggling with their weight and battling issues with body positivity as well as taking a look at the impact obesity has on society and the stereotypical opinions that come with it. Miriam spoke with Matt and Alex on The One Show to divulge further. 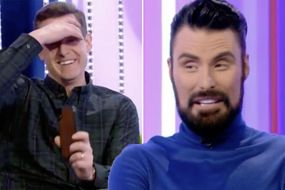 Miriam admitted she had a fabulous time filming the new documentary series and, in particular, a young man she met by the name of Will.

Will was a teenager who’d struggled with his weight and confidence in the past and Miriam had nothing but praise for him after they filmed her BBC Two documentary together.

However, noticing the difference in ages between Miriam and Will, Matt decided to ask her about whether she regretted not doing things differently when she was his age.

The One Show host quizzed: “He’s at a very different chapter in his life in where you are now. Do you wish that you would have done things differently if you were maybe at the point of life that he is now.?”

READ MORE: Rylan threatens to walk off The One Show after Matt Baker prank

The One Show: Miriam Margolyes and Matt Baker (Image: BBC) 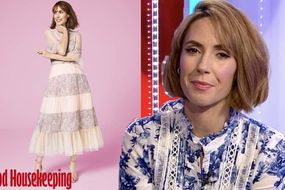 Alex Jones on The One Show worries: ‘Convinced I’ll get that call’

The Call the Midwife star replied: “Yes, I do. I think it’s absolutely ridiculous to be 78 and fat. I was very stupid.

“But now I’ve got there, I am 78 and I’m alive. I have got health problems as a result but I’m battling on and I’m not hating myself. I hated myself for a long time and now I rather love myself actually.”

The heartwarming admission got a round of applause from the studio audience as well as Matt commenting it was “wonderful.”

However, despite the touching moment, the interview was brought to a close a few seconds after in

PREV Sorry, conspiracy theorists, WhatsApp and YouTube are cracking down on what you ...
NEXT 'Public health risk': How Tesla fought to keep its US plant open in a ... mogaznewsen

Mates fined $5,000 for playing VIDEO GAMES in a lounge room in Victoria during ...

Wisconsin Assembly Speaker comes under fire for urging people to vote while ...