ZARA TINDALL, 38, is the oldest granddaughter of Queen Elizabeth II. The royal could break a tradition when it comes to educating her children. What will she do?

Zara Tindall is the daughter of Princess Anne, 69, and Mark Phillips, 71. She has been married to Mike Tindall since 2011 and they have two children together. The couple could veer away from a Royal Tradition when it comes to parenting. 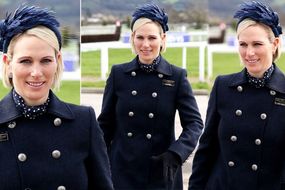 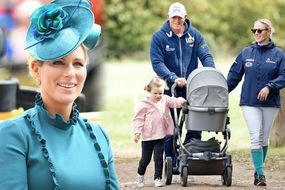 Zara is the mother of Mia Grace Tindall, six, and Lena Elizabeth Tindall, one.

As the children are getting older, the royals are sure to be thinking about where they will go to school.

Many members of the Royal Family have attended boarding school and Zara was educated away from home at Gordonstoun School in Moray, Scotland.

Prince Philip and Peter Phillips were also educated at the same school.

READ MORE: Zara Tindall: Why wedding to Mike was very different to royals before her

Zara Tindall children: The royal is a mother of two (Image: GETTY)

However, when it comes to picking a school for their children, Zara might not follow in the footsteps of her family.

Speaking in 2016, Mike explained he was not sure about sending his children to boarding school.

He told Mail on Sunday: "I’m certainly not keen on sending Mia away to a boarding school at the other end of the country.

PREV EXCLUSIVE: Elvis Presley expert reveals tragic truth about star's life in the ...
NEXT 'Public health risk': How Tesla fought to keep its US plant open in a ... mogaznewsen