MEGHAN MARKLE fans went into meltdown on Twitter after Disney Plus announced some huge news over the Duchess of Sussex's next project today.

Meghan Markle fans have been eagerly watching and awaiting the news of what the Duchess of Sussex's next project will be. The rumour mill spun into overdrive after Prince Harry, the Duke of Sussex, was seen talking to Disney CEO Bob Iger about his wife's skills in voice overs. Today Disney Plus have announced Meghan will indeed be narrating one of their next films, a documentary called Elephant for DisneyNature. Fans went into overdrive at the news.

Royal rift: Prince William was 'unhappy' at how Megxit was handled 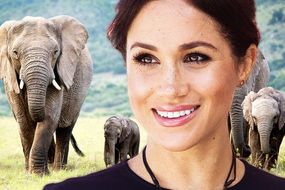 Elephant will be streaming April 3 on Disney Plus.

As well as the sweeping documentary about the animals, the streaming service will simultaneously be releasing another called Dolpin Reef - narrated by Hollywood actress Natalie Portman.

"Dolphin Reef narrated by Natalie Portman, transports us to an underwater wonderland," the voiceover continues. "Where every creature works together in perfect balance to thrive in an unpredictable environment." 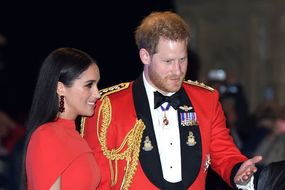 The narrator goes on to say "Elephant follows one family’s extraordinary 1,000 mile journey across Africa.

Some truckers are coming to a stop, but Jake is busier than ever mogaznewsen