The One Show continued tonight with Alex Jones and co-host Gethin Jones and they were joined live in the studio by Britain's Got Talent host Amanda Holden. Amanda was on the show to promote her new single dedicated to the NHS after she endured two difficult births one of them being her stillborn son Theo.

Britain’s Got Talent live shows: What will happen to BGT? 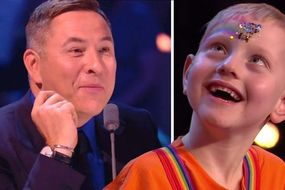 Amanda explained: “Well, it’s been well publicised that I have used the NHS more than most people.

"I have always heralded them and known they were there and it’s amazing that now people are shining a light on them," she added.

“Chris [her husband] and I had a baby born sleeping in an NHS hospital, and then the following year our lovely daughter Holly, our rainbow baby.

“But then I had an awful birth, I went into a coma so that was horrendous and they held Chris’s hand throughout.

“And then, my sister had a car crash three years ago, she’s fine. So yeah, we have used them more than most people," Amanda honestly recounted.

Gethin asked Amanda how she and her family were doing during the lockdown as the UK heads into its eighth week staying at home especially as she also does an early morning radio show with co-host Jamie Theakston.

The One Show continued tonight with Alex Jones and Gethin Jones (Image: BBC) 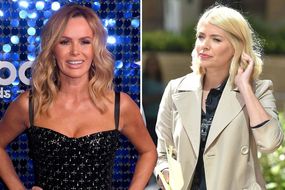 Amanda explained: “I do have a lot of

PREV Pfizer starts US human trials of COVID-19 vaccine mogaznewsen
NEXT 'We assumed the ship was healthy': Ruby Princess crew partied after passengers ...