BAFTA TV Awards returned to BBC One this year with a virtual ceremony due to the coronavirus pandemic. While there were many changes to the usual format, the touching in memoriam section still features and viewers were left in tears by its inclusion.

Idris Elba speaks out on award confusion after BAFTAs win 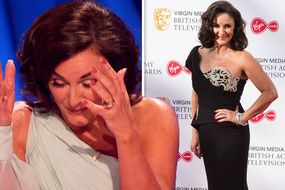 Shirley Ballas opens up on coronavirus fears after missing BAFTAs

Following Caroline Flack’s tragic death earlier this year, the awards ceremony paid tribute to the Love Island host with a clip from the 2019 final.

In the clip, she said: “We’ve had fun, flutters and factor 50 galore and tonight we’ll be crowning our Love Island winners 2019.”

A picture of a smiling Caroline, who died at the age of 40, was then shown.

Caroline Flack was paid tribute to at the BAFTAs (Image: BBC•GETTY) 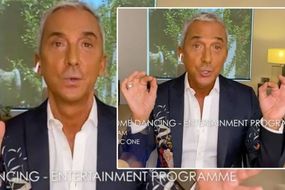 One said: "It’s sad to see anyone in that montage who’s passed away but Caroline Flack hosts so differently and so much deeper.”

“Oh Caroline,” another shared alongside a crying emoji.

“Oh Caroline somehow I just wasn’t expecting to see then and it really shook me,” a third added.

Someone else said: “We have lost so many great people… I’m still so shocked and sad about Caroline Flack #VirginMediaBAFTAs.”

“I’m still so so sad about lovely Caroline

PREV #BREAKING: Victoria has recorded 397 new cases today. #COVID19 Read more:
NEXT 'I was turning to drink' One Show host Alex Scott opens up about trolling in ...