SAM HEUGHAN is best known for Jamie Fraser in Outlander, with the actor now being tipped to become the new 007. But who is the star's favourite James Bond?

Outlander star Sam Heughan is being touted to take on the role of James Bond. He is just one of a number of actors who have been associated with the highly coveted part. However, does Heughan have a favourite Bond actor?

Speaking to Noel Clarke recently, Heughan reflected on working on the Hallmark movie A Princess for Christmas in which he played the dashing lead Prince Ashton of Castleberry with Sir Roger Moore portraying his stern father Duke Edward.

He said: “I actually got to work with Sir Roger Moore who was like an idol of mine. Like one of the original Bonds and what a great man.”

The Scottish star previously spoke to the blog Movie Mom back in 2016 about working opposite the star as well.

He said everyone on set was just “really excited” to work with Sir Roger, whom he revealed put the whole cast and crew “at ease” from the first day he walked on set.

Sam Heughan has starred in action movie which could help his chances of playing Bond (Image: GETTY) 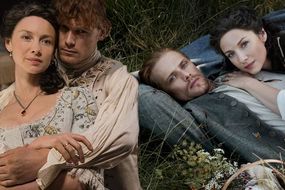 Heughan explained: “He was very naughty, extremely flirtatious, with a lot of great stories to tell in between takes as well. He’s a real really great actor.

“It was kind of like a boy’s dream here to work with Roger, I’m sort of a huge fan of the Bond films and also The Saint as well.

“Playing his son is magical really, and I think everyone was really excited to meet him. There was a lot of photo-taking on the last day.”

Reflecting on what he learnt from Sir Roger, Heughan said: “I watched him so much, especially during his own takes, and talk about the craft of acting, he did so little when you were watching him acting, but then on camera, it just was everything.

“There’s a scene where we are having an argument and we leave the room and he’s sort of left contemplating, holding a brandy glass, but it

PREV Was Jeffrey Dean Morgan nearly replaced as Negan by this Hollywood actor?
NEXT 'I was turning to drink' One Show host Alex Scott opens up about trolling in ...