SURVIVING JEFFREY EPSTEIN will delve into the sex crimes of the infamous financier. So when will the new documentary be released?

If you watched Jeffrey Epstein: Filthy Rich on Netflix, then this documentary should be next on your list.

Epstein was first arrested at Palm Beach in 2008 where he had allegedly abused 36 girls, with some as young as 14.

Epstein pleaded guilty and was convicted the same year by a Florida state court of procuring an underage girl for prostitution and of soliciting a prostitute.

He served almost 13 months in custody, but with extensive work release.

He was then arrested again in July 2019 and charged for the sex trafficking of minors in both Florida and New York.

Epstein did request bail but this was denied by the courts so remained in prison in the lead up to his trial.

Surviving Jeffrey Epstein: When is the documentary out? (Image: Getty/Lifetime) 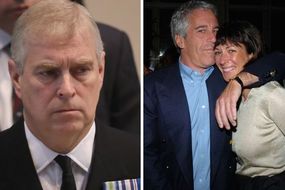 Epstein died while in his jail cell on August 10, 2019, where his death was ruled a suicide.

A judge dismissed all criminal charges against Epstein following his death.

Surviving Jeffrey Epstein is a two-part documentary where eight of his victims will speak out about their experiences.

They will also talk about those who were involved and helped Epstein to abuse young girls.

Epstein's former business partner and alleged accomplice Ghislaine Maxwell was arrested by the FBI on Thursday, July 2, on charges of enticement of minors, sex trafficking of children during 1994 and 1997 and perjury. She denies the allegations.