Maria Connor (played by Samia Longchamon) has no idea what her fiancé Gary Windass (Mikey North) is capable of. The hairdresser has had her suspicions over Gary’s true feelings for Sarah Platt (Tina O’Brien) but has been able to brush her concerns away. However, will Maria be forced to call off her Coronation Street wedding when Sarah reveals the truth? 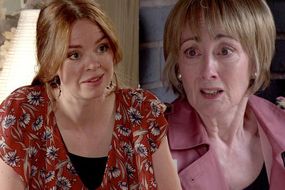 Sarah was determined to tell the police but changed her mind when her ex-boyfriend saved her life.

In the aftermath of the car accident, Maria was proud of her fiancé for risking his life but began to suspect he still had feelings for Sarah.

Gary brushed off her concerns but will Maria go through with the wedding if she hears the truth from Sarah? 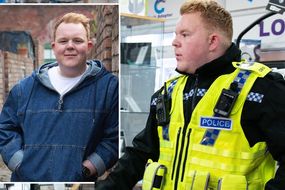 Actress Tina told Express.co.uk how Maria and Gary’s relationship could unravel if Sarah’s conscience gets the better of her.

She revealed Sarah doesn’t know how to handle the loan shark’s recent confession.

“She also knows that Gary has or had feelings for us so he's told her that.

Coronation Street spoilers: Maria was distraught when she discovered Gary had been hurt (Image: ITV)