THE RAIN season 3 is airing on Netflix and fans are looking forward to seeing more of the post-apocalyptic series. Where is The Rain filmed and set?

The Rain is about a virus which is carried by rainfall, and it wipes out most of the population of Scandinavia.

A total of six years pass before they are able to go back out into the world in search of their father who hid them.

On their mission to find their dad, they come across a group of survivors who travel with them across Denmark and Sweden.

They hope to find answers as to where a safe place would be, and whether there is a cure for the virus.

READ MORE: The Rain season 2 recap: What happened in The Rain series 2?

The Rain: The series is filmed in Scandinavia (Image: Netflix) 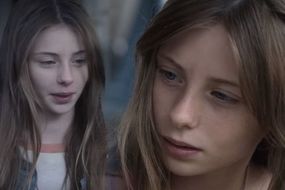 A few new faces joined the season two cast and they are expected to feature in season three.

Season three will be made up of six episodes, and fans will be wondering whether the group gets any closer to finding answers.

Swedish actress Alba August is on Instagram and she shared a photo from the new season on her account.

Fans said they "can't wait" and they are "so excited" to see the cast return.