Vikings Valhalla is a spin-off series to Vikings, which airs on History and Prime Video. The upcoming spin-off will air on Netflix, and it is likely to arrive in 2021. A filming date has been announced and Express.co.uk has everything you need to know.

{%=o.title%}
When will Vikings Valhalla air?

Vikings Valhalla will be set more than 100 years after the events of Vikings, towards the end of the Viking Age.

The Vikings had been carrying out raids in England, but a new united Kingdom has started to stand against the Scandinavians.

The series will feature the death of Edward the Confessor, and three lords will make their claim to the throne in England.

Production on the spin-off show was paused in May following the coronavirus outbreak, but fans will be pleased to hear progress has been made.

Production is planned to start this August 2020, and pre-production had already started in July.

Vikings Valhalla: Freydis will be one of the main characters (Image: History) 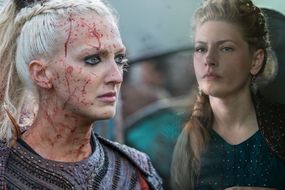 Vikings season 6 part B: Will Torvi follow Lagertha to Valhalla?

The casting process is well underway with extras being cast for filming at the moment.

Jeb Stuart is writing the new series, which is being produced by MGM Productions.

Fans have already learned some of the characters who will be featuring in the spin-off, including Leif Erikson and Freydís Eiríksdóttir.

Erikson was a Norse traveller from Iceland and he was the first Viking to have set foot in North America.

Freydís was Erikson's sister, and she was a fierce leader who fronted her own colony of men.

Vikings Valhalla: The series will be filmed in Ireland, like the original Vikings (Image: Sky)

King of Norway Harald Hardrada will also star in the series, and he led the invasion against England.

PREV Roundabouts and carparks are not enough; the budget needs to be bold mogaznewsen
NEXT Adele weight loss: How singer slimmed down by 7st following simple diet plan