The first half of the Biblical adventure’s fifth season will be released on Netflix on August 21. Lucifer star Tom Ellis recently chatted about his time as the iconic DC character on the original Fox series, and gave an exclusive scoop on how much work is left before the finale is complete after production was delayed by the coronavirus pandemic. 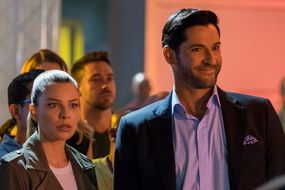 Lucifer season 5: How is Michael different from Lucifer?

The finale of Lucifer’s stunning fourth season, and first on its new home on Netflix, left fans stunned and impatient for the series to continue.

Unfortunately, subscribers were subjected to a longer wait that usual as the ongoing coronavirus pandemic put a stop to major TV and film productions across the globe.

Filming on the fifth season of Lucifer was set to be completed in Los Angeles earlier this year in time for a summer 2020 release.

However, the cast and crew were forced to leave the set in the middle of shooting the highly anticipated series finale when lockdown measures were imposed.

Lucifer: Season five will be released on August 21 (Image: Netflix) 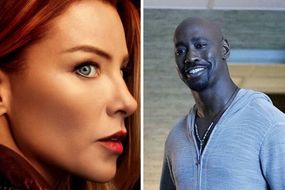 This has meant only the first eight episodes will be airing later this month on Netflix, as Warner Bros Television is unsure when it will be safe for Lucifer to return to production.

Netflix has also renewed the popular series for a sixth and final series, though it is unclear when this will surface.

With another break set to keep fans waiting between the first and second parts of season five, fans have been wondering when they can expect the next eight episodes.

In an interview with Da Man, Lucifer star Tom Ellis confirmed how much of the upcoming finale will be left to shoot when production resumes.

Lucifer: The cast is unsure when filming will resume (Image: Getty Images)