YOUNG WALLANDER is a detective drama which is soon coming out on Netflix. So when is the release date for the prequel series?

Young Wallander is a prequel to the famous detective series. Actor Krister Henriksson played the lead role in the Swedish version and later Sir Kenneth Branagh took on the part in a BBC One adaptation. Now it's time for a younger actor to leave his mark on the famous character.

The Kurt Wallander novels were written by Henning Mankell in the 90s.

Mankell's books were then transformed into two television series which gained a loyal following.

Netflix will soon be dropping new series Young Wallander, which acts as a prequel, delving into the background of the same character.

This time around, it will be Swedish actor Adam Pålsson portraying the famous detective.

But the show is going to be a "modern imagining" of Wallander's back story.

Young Wallander: When is the Netflix series out? (Image: Netflix)

Young Wallander: The detective drama is a prequel to the classic series Wallander. (Image: Netflix) 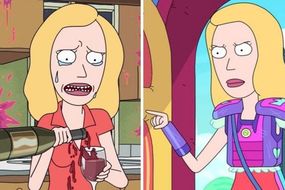 While Wallander was set in the 90s, Young Wallander will be brought up to date.

So rather than going back in time to explore the detective's past, the series will take place in present-day Sweden but with a younger version of Wallander.

The synopsis for the series reads: “When he is unable to save a teenager from a gruesome attack, Wallander must learn to cope with his guilt in order to solve the crime.

"The story focuses on the formative experiences – professional and personal – faced by Kurt as a recently graduated police officer in his early twenties.”