YOUNG WALLANDER will be coming to Netflix very soon as Henning Mankell's iconic detective is reimagined for a new generation. But where is Young Wallander filmed and where's it set?

Netflix series Young Wallander is going to be hitting Netflix this week. The show will be released in its entirety on Thursday, September 3 with viewers able to binge all six episodes in one go. Express.co.uk has everything you need to know about the filming locations and the settings for Young Wallander.

{%=o.title%}
Where is Young Wallander set?

Young Wallander will serve as a prequel to author Henning Mankell’s novels.

The show will follow a young Kurt Wallander (played by Adam Pålsson) early on in his policing career.

Although author Mankell’s novels were set in the Nineties and early Noughts, the Netflix series brings the show up to date.

So, the action takes place in contemporary Sweden rather than the Seventies or Eighties.

Young Wallander is a modern re-imagining of the famous detective (Image: Netflix) 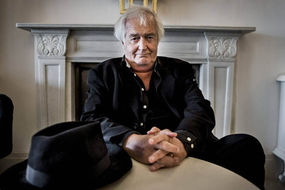 Therefore, Young Wallander is more a modern-day reimagining of the Swedish detective rather than a pure prequel series.

The show will take place in the Swedish city of Malmö with the action occurring in various areas across the urban sprawl.

Malmö will be a character in itself as Wallander strives to fight crime and do right by its people.

This version of Malmö appears to be more violent as tensions around immigration bubble up with Young Wallander tapping into social issues affecting Sweden today.

Young Wallander: Vilnius in Lithuania doubled up for Malmo in Sweden (Image: GETTY)

Interestingly, despite the show being set in Sweden, most of the main cast is predominantly British.

The big exception to this is the eponymous detective who is portrayed by Swedish actor Pålsson.

After landing the role,

PREV When does the new series of The Great British Bake Off start?
NEXT Adele weight loss: How singer slimmed down by 7st following simple diet plan