Contract negotiations between Tom Ellis and Warner Bros, as well as the ongoing coronavirus pandemic, caused fears that Lucifer would be coming to an end after the original Fox series’ latest instalment on Netflix. Thankfully, that won’t be the case, but the surprising news has still caused a huge shift in how season five will play out. 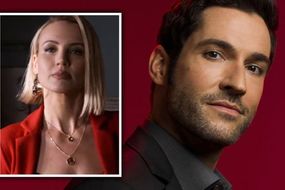 After the release of the first half of Lucifer’s fifth season, reports have confirmed the events of the upcoming finale have gone through a last-minute shake-up to pave the way for season six.

‘Lucifans’ were kept on tenterhooks this year as it was feared the fifth season of the popular urban fantasy drama would be its last.

Following delays caused by the outbreak of coronavirus and contract negotiations reportedly coming to a standstill between Tom Ellis and Warner Bros. TV, many fans assumed the series would be cancelled.

Streaming service Netflix then shocked fans by announcing an unexpected sixth and final season of Lucifer back in June.

Lucifer: Production on the season finale was cut short by the coronavirus pandemic (Image: Netflix) 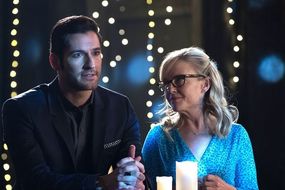 Lucifer season 6 Netflix release date: Will there be another series?

As the stakes have never been higher, speculation as to how the next instalment can top Lucifer’s latest adventures has already begun.

New comments from Dan Espinoza star Kevin Alejandro have since confirmed the season finale, which has yet to be completed, will feature some huge changes.

Lucifer faced off against his twin brother Michael in season five (Image: Netflix)