PRINCE HARRY and Meghan Markle's royal wedding wowed the world but according to new book Finding Freedom, not everyone was dazzled. The book, claims one of Harry's old school friends issued a damning verdict about the occasion.

Prince Harry, 35, and Meghan Markle, 39, have joined a host of celebrities by settling in Montecito, Santa Barbara where Oprah Winfrey and Ellen DeGeneres are among their neighbours. They decided to step away from their royal roles less than two years after their spectacular royal wedding. And while the idea of their royal withdrawal seem unthinkable as they tied the knot at St George's Chapel Windsor on May 19, 2019, one of Harry's old Eton pals claimed the occasion showed how Harry had changed.

According to book Finding Freedom by Omid Scobie and Carolyn Durand, Prince Harry and his schoolfriend Skippy fell out after he confronted Harry about how fast things seemed to be moving with Meghan.

The authors write: "Not everyone felt as sure of this match as Harry did.

"A month after his own wedding, Skippy sat down with his childhood friend to voice a concern: Harry and Meghan were moving too quickly."

While Skippy approached Harry with the best of intentions, the Prince seemed to take his comments to heart and by the time the royal wedding came around, the schoolfriend was not invited to the private evening reception.

Prince Harry heartbreak: The royal wedding was watched by millions across the globe (Image: GETTY) 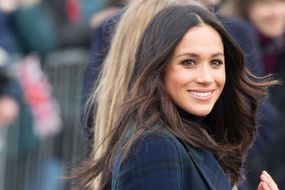 "George and Amal Clooney pulled up in a silver Audi.

"Notably absent were Skippy, Harry's old friend, who had questioned the prince's relationship with Meghan, and his wife Lara.

"They were invited to the wedding ceremony and lunchtime reception but didn't make the cut for the evening bash."

Prince Harry heartbreak: The couple now live in Montecito where they have a host of celebrity neighbours

PREV 'If it's safe it should be open': Joyce calls for state border closures to end
NEXT Adele weight loss: How singer slimmed down by 7st following simple diet plan