CAROL VORDERMAN - who rose to fame on Channel 4's Countdown - has spoken out about some heartbreaking news, as she told her late friend via Twitter: "We'll miss you."

Maths whizz Carol Vorderman, 59, has paid her respects to Britain's Got Talent star Ian Royce, who died at the age of 51 from severe pneumonia and multiple organ failure yesterday. The former Countdown presenter took to Twitter to say goodbye to her friend.

It comes after a statement from The X Factor star's Twitter read: "It is with our greatest regret that we have to tell you all that Ian has passed away today from severe pneumonia and multiple organ failure.

"He was in no pain and was surrounded by friends and family.

"He put up a good fight but is in a better place now. Roxanne x."

Soon after Carol became aware of the devastating news, she decided to express her condolences in view of her own 453,000 Twitter followers. 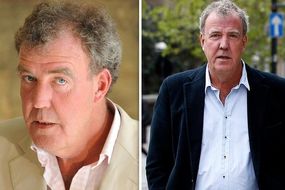 Alongside the statement, the Maths Factor founder tweeted: "We'll miss you Roycey.

"You brightened up so very many studio days," which was followed by a love heart emoji.

She added: "Rest in peace my friend."

PREV Review: Hilary Swank's #Away is out of this world @netflix @HilarySwank
NEXT Adele weight loss: How singer slimmed down by 7st following simple diet plan