Avengers Infinity War’s beginning saw Thanos aboard the Asgardian’s ship, with Thor captured. But after the Mad Titan overpowered Hulk, Heimdall sent the big green Avenger back to Earth using the Bifrost. And now a popular new fan theory has argued why Idris Elba’s gatekeeper between worlds chose Hulk rather than Thor or Loki. 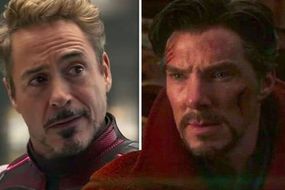 Reddit user BookerTea3 wrote: “Loki was never an option – I mean, seriously he may have pulled his weight at the end of Ragnarok, but he had tricked Odin into banishment as well as holding two Infinity Gems in the original film and attacking Midgard.

“He has constantly been a thorn in Asgard’s side and is known as a trickster throughout the cosmos.

“He is NOT to be trusted. Even Dr Strange dispatched him in Ragnarok, without even talking to him.

“He would probably do the same again (bearing in mind last time he saw Loki, he tried to kill Strange).”

Thanos had Thor in a tight spot (Image: MARVEL) 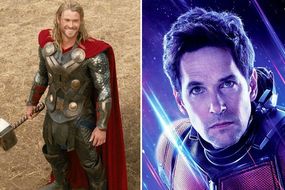 On Thor, they continued: “I don’t think Thor would ever have forgiven him.

“If Heimdall had sent Thor away when there is any chance of him saving another Asgardian, Thor would have felt that dishonour of leaving his brother, his friend, his countryman.

“Especially as he and Heimdall are the only sworn protectors of Asgard left.

“As an Asgardian, they do not run when there is any chance they could have saved their citizens.”

PREV RT @CharisChang2: What Australia's COVID-summer will look like:
NEXT Jamie Redknapp in admission about family ‘rows’ ‘That’s not easy’