VIKINGS SEASON 6 part B is due to air on Prime Video before the end of 2020 and fans are waiting to find out what happened to Floki. Will Floki become the next Seer?

Vikings season 6 is on a mid-season break and the historical drama series is due to return to Prime Video and History before the end of the year. In part A, fans were left wondering what happened to Floki (played by Gustaf Skarsgård) after he disappeared in Iceland. Some fans believe he will become the next Seer and Express.co.uk has explored the theory.

{%=o.title%}
Will Floki become the next Seer in Vikings?

Fans last saw Floki in Iceland when he had fallen out with Kjetill Flatnose (Adam Copeland) over leadership of the new community.

When Flatnose returned to Kattegat to visit Ubbe (Jordan Patrick Smith) he revealed Floki had not been seen in a long time.

Flatnose and the Wanderer Othere (Ray Stevenson) had somehow come to have an item of Floki's jewellery in their possession.

Fans were left wondering whether they had killed Floki in a bid to overthrow him and take the power for themselves.

However, other fans believe he is still alive and he may become the next Seer in season six part B.

READ MORE: Vikings season 6: Is Freydis based on a real person?

Vikings season 6: Floki may be the next Seer (Image: Sky) 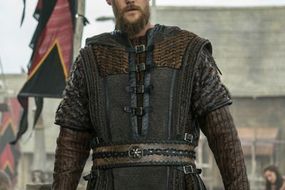 The original Seer was played by John Kavanagh but he was killed by Ivar the Boneless (Alex Høgh Andersen) in season five.

A Seer is described as being a person with supernatural insight and they can predict the future through visions.

The Seer reveals the prophecies and fates of the Vikings and is considered a higher being.

The original Seer has a special connection with Floki, and he told him he had been waiting for Floki "in the space between life and death".

The Seer also licked Floki's hand, which is a huge indicator of respect, and fans think Floki is the chosen one to take over the role.

Vikings season 6: Floki has a