ADELE caused a major stir on Instagram last week, turning heads and displaying her weight loss in a Jamaican flag bikini. She has since caught the attention of Tom Hanks' son Chet.

Adele recently took to Instagram and celebrated Notting Hill Carnival with a bikini picture showing off her incredible weight loss. The 32-year-old hitmaker has now appeared to have gained a new admirer as Chet Hanks - son of Hollywood actor Tom Hanks - has publicly reached out to her.

Taking to Instagram, Chet posted a video of himself sitting in the car and singing along to Adele's song Set Fire To The Rain.

He impersonated a Jamaican accent as he told the singer just how good he thinks she looks in her new picture.

In the short clip, he gestures towards his phone as he asks Adele to "hit me in the DMs".

The cheeky post, which has gained over 200,000 likes, was captioned: "PLEASE SOMEONE TELL ADELE HIT MY LINE ASAP! 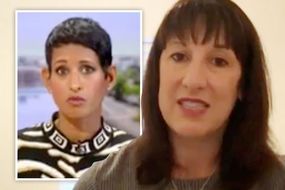 "I NEED TO TALK TO HER ABOUT SOMETHING."(sic)

Chet's post came just days after the Make You Feel My Love star posted a shot of herself wearing a Jamaican flag bikini top and Bantu knots, a traditional African hairstyle, to mark the cancelled Notting Hill Carnival festivities.

The singer showcased her toned physique sporting a pair of tight leggings.

"Happy what would be Notting Hill Carnival my beloved London," she captioned the post.