LIZ TRUSS has launched a stinging attack on the Left for being "intolerant of anyone who doesn't agree with them".

The UK Trade Secretary waded into the row over the possible appointment of former Australian Prime Minister Tony Abbott as a trade adviser to the UK, which has been met with harsh criticism from the Labour Party. She said it was “absolute hypocrisy” for Labour to condemn the decision after leader Sir Keir Starmer hit out at the possible appointment.

Following criticism from Labour's Ruth Cadbury, Ms Truss said: "I think it's absolute hypocrisy to hear this type of argument from the Labour Party.

"Until recently they had a shadow chancellor John McDonnell, who Ms Cadbury supported who called for the lynching of one of my female colleagues and never apologised for it.

"This is a party that has never elected a female leader despite having the opportunity time and time again.

Liz Truss hit out at the Left (Image: PA)

"The reality is they'd rather virtue signal and indulge in tokenism rather than take real action to improve the lives of women."

"So does this indicate the government is moving away from any commitment in trade deals to maintain environmental protection? And if not, why have you put him in the job?" 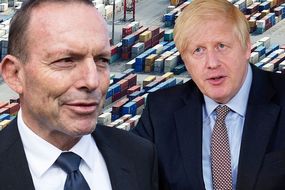 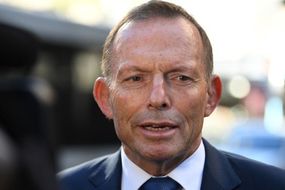 The Brexit trade secretary replied: “The reality is that those on the left of politics are always intolerant of anyone who doesn't agree with them but are prepared to defend anything from their own friends."

In 2014, Mr McDonnell was reported to have repeated comments about Tory MP Esther McVey during a comedy night attended by left-wing activists and fellow Labour