LAST KINGDOM will be returning for season 5 and fans are keen to find out what happens to Uhtred. Will Sigtryggr kill Uhtred in season 5?

The Last Kingdom is on Netflix now and the series, based on Anglo-Saxon history, has been renewed for season five. The series is based on the books called The Saxon Stories by Bernard Cornwell, and season four introduced Sigtryggr (played by Eysteinn Sigurðarson). Fans are keen to find out whether Sigtryggr kills Uhtred (Alexander Dreymon) in season five.

The end of The Last Kingdom season four saw the Viking warlord Sigtryggr invade Winchester along with his new friend Brida (Emily Cox).

Uhtred and his friends returned to Winchester to help King Edward (Timothy Innes) claim back his land and free the hostages.

Uhtred's old friend Brida wanted revenge against him after he watched her get captured and taken away as a slave.

However, Uhtred managed to strike a bargain with Sigtryggr and the kingdom of Winchester was saved.

As part of the deal, Sigtryggr was allowed to leave Winchester freely with Uhtred's young daughter, Stiorra (Ruby Hartley). 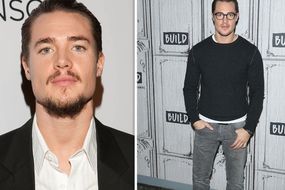 Uhtred was left wondering whether he would ever see Sigtryggr or his daughter again.

One of the questions fans will be asking is whether Sigtryggr was tricking Uhtred into a false sense of security.

There is a chance, now Uhtred somewhat trusts him, he may return to kill Uhtred and gain more status for himself.

For fans who have read the books, they will know Sigtryggr dies in Sword of Kings.

However as there is some deviation from the source material, he may be victorious.

In the books Uhtred survives, as he is after all the main character, so he is not likely to die at the hands of Sigtryggr.