SELLING SUNSET is about the professional and personal lives of those who work at The Oppenheim Group. But one of the agents had a very different profession before working at the brokerage.

Selling Sunset series three came out last month and was filled with more drama than ever. Even though the Netflix show hasn't been officially renewed, the cast has been very open about the future of the show. So it does seem more than likely Selling Sunset will make a comeback for a fourth series.

While the employees at The Oppenheim Group are now all dedicated to real estate, they all had various career paths beforehand.

For example, Chrishell Stause was an actress and played Amanda Dillon in All My Children and Jordan Ridgeway in Days of Our Lives.

Stause also met her now ex-husband Justin Hartley while on the set of Passions.

She isn't the only one though to have skills other than that of selling houses.

READ MORE: Adnan Sen net worth: How much is the Selling Sunset star worth? 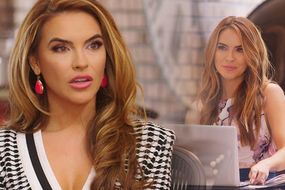 Amanza Smith was an interior designer before joining the cast of Selling Sunset and her transition to real estate has been well documented on the show.

Davina Potraz worked as a model signed under the Ford Model Agency for more than 10 years and has lived in London, Milan and New York because of her job.

Christine Quinn also worked as a successful model, appearing in publications such as Vogue.

After travelling for two years though, Christine realised her passion for architecture and worked to get her real estate licence on her return to LA.

PREV What is the difference between a recession and depression?
NEXT Adele weight loss: How singer slimmed down by 7st following simple diet plan