SUCCESSION season 3 is highly anticipated and the series has been nominated for 18 Emmy Awards in 2020. When will Succession season 3 air?

Succession season three has been renewed by HBO and fans cannot wait to see more of the comedy-drama series. The show, which first aired in 2018, follows the Roy family who owns a global media empire called Waystar Royco. Brian Cox, who plays Logan Roy in the series, appeared on ITV's Lorraine to discuss the new season.

{%=o.title%}
When will Succession season 3 air?

Succession was renewed for a third season by HBO in August 2019 following a number of Emmy nominations and high viewer ratings.

At the time of the announcement Francesca Orsi, Executive Vice President for HBO Drama Programming told Deadline: "We are elated that Succession and its exploration of wealth, power and family has resonated so powerfully with audiences.

"We cannot wait to see how the complex characters that Jesse Armstrong has created continue to navigate this captivating, ruthless world of the uber-rich."

The second season saw the Roy family struggling to keep control of their empire. 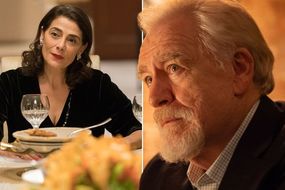 Due to the coronavirus outbreak filming for the third season was postponed until further notice.

Creator Armstrong had hinted at a late 2020 start date for filming to take place in New York City.

Now the star of the series Cox has revealed a little more about when production will resume.

When asked by Lorraine Kelly when filming for season three will start, he said: "We are trying for November, we will see.

"It's debatable, but we will try for November." He did say if a November start date would out of the question, it may be pushed back to the new year.