ANNIE CORDY - an actress and singer who provided the voice for Pocahontas' Grandmother Willow in the French version of the Disney film - had died at the age of 92.

Annie Cordy has died at the age of 92. The Belgian actress and singer voiced Grandmother Willow in the French version of Disney classic Pocahontas.

Annie also sang for the French soundtrack of Pocahontas, on the song "Ecoute ton coeur".

The star went on to appear in another French version of a Disney film, Brother Bear, in which she voiced Tanana, known as Nanaka in the French version.

Confirming the sad news of her death on Twitter, TV host Christophe Beaugrand-Gerin wrote: "I'm heartbroken tonight Mrs. Annie Cordy, you have given us so much joy, energy and emotions We won't forget you"

Annie died after suffering a cardiac arrest at her home in Vallauris, France, according to reports.

Disney paid tribute to Annie Cordy after she starred in the French version of Pocahontas (Image: TWITTER)

Annie Cordy was a Belgian actress and singer (Image: GETTY) 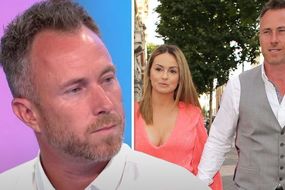 She was living with her niece at the time.

It has been reported that attempts were made to revive Annie.

However, she was sadly pronounced dead.

PREV Emmerdale star Charley Webb opens up on issue at home ‘I just had enough’
NEXT Extinction Rebellion chief hits out at ‘parasitic hard-left’ ahead of ...