Sam (played by James Hooton) is known for being the naïve and somewhat innocent member of the Dingle family who would never want to rub someone up the wrong way. It’s fair to say he has been drawn into his brother Cain’s (Jeff Hordley) dodgy dealings before, but they have always been there for one another. When the former’s wife Alice Dingle (Ursula Holden-Gill) decided to end her own life as a result of a terminal cancer diagnosis, it was the Emmerdale bad boy who took the wrap so his sibling wouldn’t get in trouble. However, it seems the troublesome ITV soap character could take revenge on Lydia Hart’s (Karen Blick) husband as he develops a father-like relationship with his nephew Nate Robinson (Jurell Carter).

Emmerdale spoilers: Will Taylor leaves as Malone returns to village? 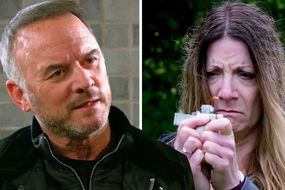 Last year, the young heartthrob arrived in the village as Cain’s long-lost son who the latter knew nothing about.

The bad boy only discovered who Nate really was after he found out the farmhand had been having an affair with his wife, Moira Barton (Natalie J Robb).

Since then, the pair have struggled to develop a relationship, feeling more resentment than love for one another.

As a result, the expectant father has turned to Sam for advice and support, unable to connect with his actual father.

With Tracy Metcalfe (Amy Walsh) pregnant with his grandchild and fed up of his son pushing him out the picture, the father-of-three could lash out at his brother, but take things too far as he kills him in cold blood.

Emmerdale spoilers: Sam Dingle and Cain Dingle have always been there for one another (Image: ITV) 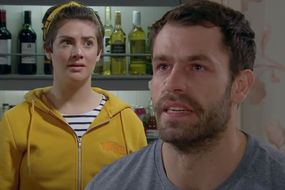 Speaking to Express.co.uk and other press, Nate star Jurell explained how his character does feel closer to Sam than Cain.

“He’s got that uncle figure there. I’ve had a few nice scenes where he’s almost like a fatherly figure.

“It's been a nice kind of elder and younger relationship between the two, so he

PREV Queensland police have shut down a second rave within weeks after about 300 ...
NEXT Adele weight loss: How singer slimmed down by 7st following simple diet plan