MEGHAN MARKLE and Prince Harry have sparked a furious response from royal fans after it was claimed they didn't call the Queen before announcing their new lucrative deal with the streaming giant Netflix.

Meghan Markle and Prince Harry’s Netflix deal could see them rake in up to £75million through documentaries and films, a source said. It is understood Her Majesty was not directly informed by the Duke and Duchess of Sussex before details of their partnership with the streaming giant were publicly announced. Instead the Queen was forced to find out the details from her aides, which has sparked a furious response from royal fans on social media.

One royal watcher tweeted: “Harry and Meghan are selling out the Queen!”

While a third questioned if now would be a suitable time to “take away their titles”.

Less than six months after officially bowing out of royal life the couple this week revealed their latest venture which will see them focus heavily on creating children’s programmes.

Meghan Markle and Prince Harry did not tell the Queen about their Netflix deal, a source said (Image: GETTY)

The Sussexes chose not to tell the monarch about their Hollywood venture (Image: GETTY)

A source told The Sun: “Harry did not inform the Queen about the Netflix deal.”

The monarch, 94, is understood to have been told by her aides.

The source added: “Her view is simple: the royals are not for sale and danger surrounds high profile roles outside of the institution itself.

“But knowing her grandson Harry as she does, the Queen will know there would have been little chance of talking Harry and Meghan out of it.”

READ MORE: Most Britons ‘not interested’ in Meghan and Harry Netflix shows

The Queen was told about the Netflix deal by her aides (Image: GETTY) 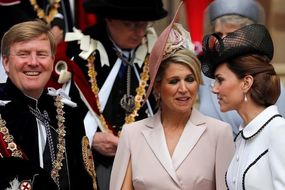 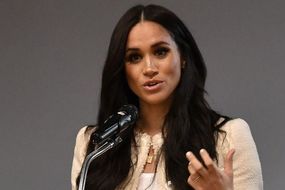 Meghan Markle praised after 300,000 women register to vote in the US

The Duke and Duchess of Sussex’s major Hollywood move marks a huge step in their plan to make a living for their family outside of the Firm.

PREV How did Freddie Mercury meet his Queen bandmates?
NEXT Adele weight loss: How singer slimmed down by 7st following simple diet plan