POWER BOOK 2 has almost arrived. So when will the spin-off series be ready to watch on Netflix?

Power Book II: Ghost is the first of the spin-off shows from crime drama Power. There will be four sequel series in total but release dates for the other three have not yet been announced. Power Book II, on the other hand, will start on Sunday, September 6.

For months, fans were guessing who the killer could be and the identity of Ghost's murder was finally revealed in the last episode of season six.

Ghost's son Tariq St Patrick (Michael Rainey Jr) was behind the killing as he wanted to protect his mum Tasha St Patrick (Naturi Naughton) as well as move up in the world without his dad stopping him.

But things turned sour as Tasha took the blame for the murder when stitching up Quinton Wallace (Tyrone Marshall Brown) failed.

Power: When will Power Book 2 be on Netflix? (Image: Starz)

Power: Ghost was killed at the end of Power season 6. (Image: Starz) 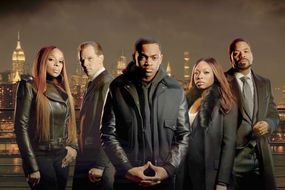 Power Book 2 cast: Who is in the cast of Power Book II Ghost?

Power Book II will start just a few weeks after the events of the Power finale.

Tasha will be in prison and Tariq will be at college, getting an education while trying to figure out how to get his mum out of jail.

The trailer for Book II shows Tariq hiring a top lawyer, using money which he used by selling drugs at his college.

Along the way, he will meet Monet Tejada (Mary J Blige) but it is unclear yet whether she'll be a help or a hindrance to him.

PREV #ElvisPresley told to GIVE UP music after infamously 'bad' gig in Nashville
NEXT Adele weight loss: How singer slimmed down by 7st following simple diet plan