PRINCE HARRY's friend made a scathing remark about Meghan Markle shortly after their wedding, when he said the former actress had "changed" the Duke "too much", according to a new book.

Harry and Meghan have taken the unprecedented step of signing a £74.5million commercial deal with Netflix this week. This news comes six months after they stepped down from the royal frontline in search for financial independence and greater autonomy. They have also permanently set up camp in Santa Barbara, California, leaving many royal watchers to note how much has changed for the couple in the two and a half years since they married.

However, according to the newly released biography ‘Finding Freedom’, some of Harry’s inner circle spotted how the royal was undergoing major changes just days after the Sussexes exchanged vows.

Tom Inskip, nicknamed Skippy, was one of Harry’s childhood friends from Eton College.

He once “questioned the prince’s relationship with Meghan”, according to the biography, which meant he fell out of favour with his old friend.

He and his wife Lara were then invited to the couple’s wedding ceremony and lunchtime reception but “didn’t make the cut for the evening bash”.

Instead, Hollywood A-listers like George and Amal Clooney and Oprah Winfrey, were invited to the high-profile evening event.

This added to the perception of “many of Harry’s old friends” that the surprisingly selective guestlist was the newlyweds' way of saying, “these are the people we want in our lives moving forward”, according to Finding Freedom — and that did not seem to include Skippy.

Then, the day after the wedding, Skippy reportedly told friends: “Meghan had changed Harry too much.”

Skippy had allegedly advised Harry not to marry Meghan and, according to Tatler’s David Jenkins, paid the price of “banishment” as a result. 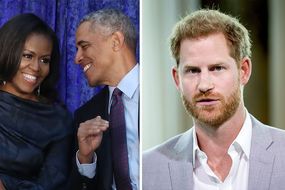 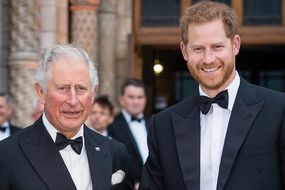 Prince Charles’ heartbreaking promise to Harry and Archie about future

A source told the authors that Skippy’s advice “came from a good place”, but Harry “didn’t totally see it that way”, leading to the sudden breakdown in their friendship.

They added: “It really hurt him that someone he was so close to would not trust his judgement.”

The Sussexes’ relationship can indeed be described as a whirlwind, considering they were dating for approximately 15

PREV Everything you need to know about where #TheLastKingdom is filmed
NEXT Adele weight loss: How singer slimmed down by 7st following simple diet plan