PRINCE HARRY has plans to buy an Australian beach house, following in the footsteps of his late mother Princess Diana according to a royal source.

Prince Harry is reportedly eyeing up the same beach house Princess Diana escaped to when she was deciding if she wanted to join the Royal Family. Before Prince Charles announced his engagement to the princess, she secretly travelled to Australia to make her decision.

She spent her time there over the new year swimming, surfing and soul-searching alone in secret.

The royal expert described the house as a “modern, dark-stained timber beach house.”

She said the property was “situated at the end of a winding dirt track, which made it invisible from the road.”

Ms Wade wrote about how Princess Diana’s mum would “enjoy a cool drink on the wooden, elevated deck facing the sea” with her daughter as the pair “discussed the enormity of Prince Charles’ proposal and the impact on all their lives.”

A source said Prince Harry is now interested in finding an Australian beach house to turn it into his very own secret spot.

They said the Duchess of Sussex was “shocked” Prince Harry was interested in buying the beach hideout.

Prince Harry has plans to buy an Australian beach house, according to a royal source (Image: getty) 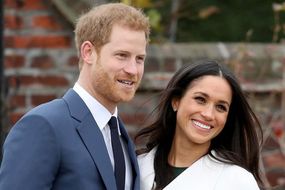 The ONE way royal 'institution' would

PREV RT @Ro_Smith: We've got questions about that roadmap. Would love your thoughts. ...
NEXT More to be charged over Brisbane brawl that left one dead mogaznewsen