NCIS' ending for season 17 was unplanned as the show had to stop filming. So when will the next series start?

NCIS is one of the US' longest running shows and remains among its most popular today. Fans were left disappointed as the latest season had to be stopped before the series finale could be filmed. But there is no need to worry as the CBS drama was renewed for an 18th season, therefore Agent Gibbs (played by Mark Harmon) and the rest of the team will return to our screens.

When will NCIS season 18 start?

The cast and crew at NCIS had to halt production in March because of the coronavirus pandemic.

CBS did confirm when the series ended that there would definitely be a season 18 which will continue the story.

But the next big question is when will the next series of NCIS premiere?

NCIS: Season 17 had to finish earlier than expects thanks to the pandemic. (Image: CBS) 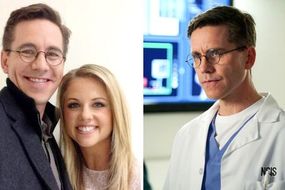 He posted: "We have a start date.. this is not a drill ladies and caballeros.. season 18, #NCIS and your boy #NickTorres back on your TVs soon!"

However, no official release date has been revealed just yet for the new batch of episodes.

What's more concerning though is the network's CBS line-up for fall.

NCIS: Season 18 has been confirmed by CBS.