COBRA KAI is on Netflix now and fans of the Karate Kid franchise were thrilled to see the cast return. Does Miguel die in Cobra Kai?

Cobra Kai is a sequel series to the well-known Karate Kid films, and it originally aired on YouTube. Netflix has picked up the first two seasons, and season three is in the process of being made. Express.co.uk has everything you need to know about whether Miguel Diaz (played by Xolo Maridueña) dies in the series.

Cobra Kai is set after the events of Karate Kid and it follows the rivalry between Daniel LeRusso (Ralph Macchio) and Johnny Lawrence (William Zabka).

Miguel was attacked by a group of bullies and he became Johnny's first student at the dojo.

He also acts as the dojo's housekeeper and Johnny becomes a father figure for him.

His fighting partner turned out to be Robby Keene (Tanner Buchanan) who is the son of Johnny.

READ MORE: Cobra Kai: How many seasons of Cobra Kai will there be?

Cobra Kai: Miguel and Robby have a number of fights (Image: Netflix) 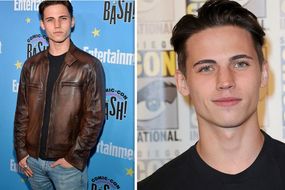 Tanner Buchanan height: How tall is the Cobra Kai actor?

In season two, Robby and Miguel got into a fight over relationships and Miguel seemed to have the upper hand.

He apologised to Robby and let him go, but an angry Robby kicked Miguel off a railing and he ended up in the hospital.

Miguel was left in a critical condition and while some fear he had broken his back, others believed he had died.

However actor Maridueña has hinted his character survives for season three, much to the delight of fans.

He posted on Twitter in 2019 he had finished filming season three.

PREV Did Freddie Mercury forget the words in Hammer to Fall at Live Aid 1985?
NEXT Adele weight loss: How singer slimmed down by 7st following simple diet plan