PRINCE HARRY and Meghan Markle have announced they will fully reimburse taxpayers for the £2.4million used to renovate Frogmore Cottage to free them from the Royal Family's "control", according to a source.

Meghan, the Duchess of Sussex, and Prince Harry were originally paying back the money in monthly instalments. But a spokesman for the Sussexes has confirmed the cash will be paid in full to the Sovereign Grant.

The Duke and Duchess of Sussex stepped down as senior members of the Royal Family earlier this year.

The Sussexes were previously paying back the money for Frogmore cottage at £18,000 a month which also covered rent for the property.

It would have taken the Duke and Duchess 11 years to pay back the taxpayers' money if they had continued paying the monthly instalments.

But a spokesman for the Sussexes announced they will be repaying the money in full.

Prince Harry and Meghan Markle announced they will fully pay back the £2.4million used for Frogmore (Image: getty)

Prince Harry felt the Sovereign Grant was used by the Royal Family as a means of “control” (Image: getty)

He also said the Sussexes will be continuing to use Frogmore Cottage as a UK base.

He said: “A contribution has been made to the Sovereign Grant by the Duke of Sussex.

“This contribution as originally offered by Prince Harry has fully covered the necessary renovation costs of Frogmore Cottage, a property of Her Majesty the Queen, and will remain the UK residence of the Duke and his family.”

The spokesman announced they will pay an undisclosed “commercial” rent for the Windsor property.

Prince Harry and Meghan Markle were originally paying back the money in monthly instalments (Image: getty) 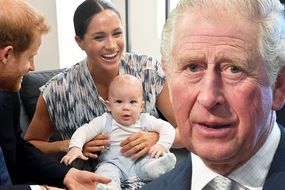 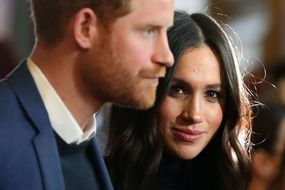 PREV RT @WenleiMa: For Tracee Ellis Ross, singing in The High Note was both her ...
NEXT A Place In The Sun presenter Laura Hamilton addresses 'terrifying' bruises in ...