ALEXANDER LUDWIG is known for his role as Bjorn Ironside in the series Vikings. Who is the Vikings star dating?

Alexander Ludwig is a Canadian actor who is known for his role as Ragnar Lothbrok's (Travis Fimmel) son in Vikings on Prime Video. The 28-year-old actor has been a part of the series since 2014, and he has also starred in The Hunger Games. Fans are keen to know who Ludwig is dating and Express.co.uk has investigated.

{%=o.title%}
Who is the Vikings star Alexander Ludwig dating?

Ludwig was known to have been dating his Vikings co-star Kristy Dawn Dinsmore.

The actress played Amma, a shield-maiden, in the series and the pair started dating in 2016.

In March 2020 the couple announced they were both self-isolating over coronavirus fears.

They updated their Instagram stories to let fans known what they were up to ahead of the official lockdown.

However Ludwig has since posted photos starring a new woman in his life - who goes by the Instagram name @laurendear.

Alexander Ludwig: The Vikings star seems to be in a relationship (Image: Getty) 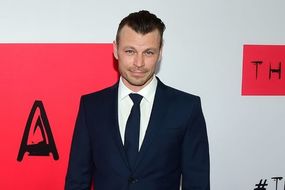 There is nothing official to say the couple are in a relationship, but Ludwig's photos confirm they are very close.

He shared a photo of Lauren kissing him on the cheek, and fans were quick to ask about the relationship.

They also asked about where Kristy was, but the actor has not responded to the comments yet.

From her photos it seems the pair have taken plenty of trips together in recent months.