YELLOWSTONE has grown in popularity since season three aired and fans are wondering how they can watch the Western series. Is Yellowstone on Hulu?

Yellowstone is a popular melodrama which follows the Dutton family on their renowned ranch. Season three has just finished airing and fans are looking forward to the next batch of episodes. Fans are wondering whether they can watch the series on Hulu and Express.co.uk has everything you need to know.

Yellowstone first started airing in 2018 and the series, starring Kevin Costner as head of the family, John Dutton, has gained global attention.

The American series involves family secrets and disputes, as well as the ongoing rivalry between Dutton and developers who want to take over part of his land.

Fans across the world have taken an interest in the series, which airs primarily on Paramount Network in the US.

Sadly, fans in the UK and the rest of the world are unable to watch the episodes live as they air. 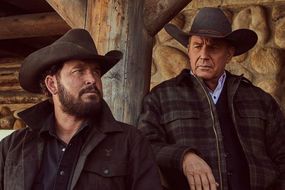 Fans will be disappointed to hear the series is not available to watch on Hulu at this moment in time.

Those around the world will also be sad to hear they cannot use their Netflix subscriptions to watch the series.

However, the first season is available to watch online via Channel 5, so fans in the UK can at least get some insight into what happens at the start of the series.

The first two seasons are available to watch on Prime Video in the US, but again fans around the rest of the world are unable to watch it via this streaming platform.

There is nothing to suggest the series will be added to Hulu, or any other streaming service, any time soon.