JANE FONDA - the veteran Hollywood actress - has spoken out in a new interview about working alongside Robert Redford, while having a crush on him.

Actress Jane Fonda, 81, who starred alongside Robert Redford in Our Souls At Night in 2017, has addressed working with him again after making their debut in The Chase. The big-screen favourite said reuniting with the actor made her realise she had "finally grown up".

Think I'd done something wrong.

Jane spoke to presenter Zoe Ball on her BBC Radio 2 Breakfast Show today about what it was like to revisit acting together again.

The host asked: "How was working with him again after all these years?"

"I used to have such a crush on him and when he wouldn’t talk – ‘cause sometimes in the old days he’d go a whole day without ever hardly speaking to me and I’d think it was me, it was my fault, I’d done something wrong."

Jane Fonda says she has now 'grown up' (Image: PA) 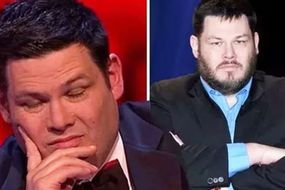 Mark Labbett speaks out after being 'mocked' as fan airs complaint

She went on to recall: "This go around, I was almost 80 and he’d be grumpy and not talking but I knew it wasn’t me, ‘Oh, that’s his problem, get over it!’"

In the 2017 romance, Jane stars as Addie Moore alongside Robert's Louis Waters.

The characters, who are both widowed in the flick, have been neighbours for years and begin a relationship while going through loneliness and grief.

Robert, who is the founder of the Sundance Film Festival, recently won an Academy Award for Lifetime Achievement in 2002.