CHINA's fears are escalating over the possible spread of the bubonic plague as an expert warns of the "thoroughly unpleasant disease".

Mongolia recently reported its third death from the disease this year. The infection rates and number of deaths are rapidly increasing in the East Asian country at the highest level in decades.

This month, a 38-year-old man died from the bubonic plague in Mongolia’s Zavkhan province after eating marmot meat.

In total, Mongolia has recorded 18 suspected cases of the bubonic plague this year.

China’s fears are escalating over the possible spread of the bubonic plague (Image: getty)

Officials have said at least 17 out of Mongolia’s 21 provinces have the potential to become a source of a bubonic plague outbreak.

Mongolia has been living with the deadly disease for centuries as the country eats meat from marmots as a delicacy.

The rodent is a carrier of the plague due to infected fleas.

But bans on hunting and trading marmots has not deterred people in Mongolia from consuming the infected meat. 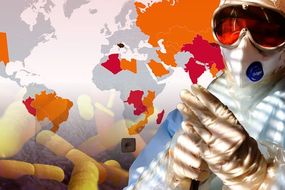 Bubonic plague MAPPED: Check where plague is STILL a threat 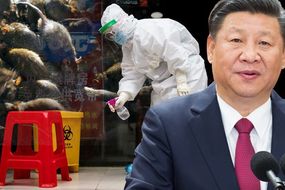 Health experts have said there are only rare cases of

PREV Jeremy Clarkson reacts after fan's admission about his farm shop 'I am very sad'
NEXT Adele weight loss: How singer slimmed down by 7st following simple diet plan