PRINCE CHARLES has been labelled the most "pampered prince" by his royal staff due to his outrageous demands.

Prince Charles has very specific orders for his butlers and royal staff over what he wears. He reportedly has to have his shoelaces ironed and his pyjamas pressed every morning.

The future king also makes his staff hand wash every piece of clothing he and his wife Camilla, Duchess of Cornwall, wear according to a royal book.

In his book, Not in Front of the Corgis: Secrets of Life Behind the Royal Curtains, royal biographer Brian Hoey wrote about Prince Charles’ outrageous demands.

He said the prince has never picked up his own clothes or undressed himself.

Mr Hoey explains that Prince Charles has three valets who take care of his clothes for him.

Prince Charles has been labelled the most “pampered prince” (Image: getty)

Prince Charles has very specific orders for his butlers and royal staff over what he wears (Image: getty)

If the Prince of Wales has several royal engagements in one day, Mr Hoey said his valet places several ties in the car so the prince can change en route.

Prince Charles likes to wear the tie of the military or organisation he is visiting.

Mr Hoey wrote that Prince Charles and the Duchess of Cornwall’s clothes can never touch a washing machine.

Royal correspondent, Clive Goodman, claimed the Prince of Wales does nothing for himself.

READ MORE: Prince Charles has to take important step before being crowned king

Prince Charles has to have his shoelaces ironed and his pyjamas pressed every morning (Image: getty) 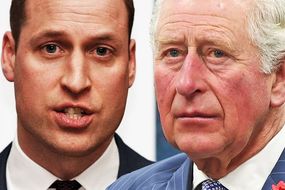 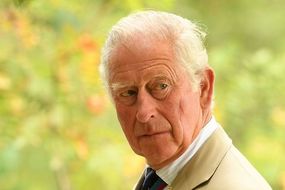 He described a typical morning for Prince Charles.

PREV 'If it's safe it should be open': Joyce calls for state border closures to end
NEXT Adele weight loss: How singer slimmed down by 7st following simple diet plan