PRINCESS DIANA fell out with her close friend, musician Elton John, just before her death, after she publicly snubbed him - but she had a particular reason for doing so, according to a royal biography.

Diana fell out with Elton John six months before she died from injuries sustained in a car accident, in Paris. They did make up before her death, but the feud clearly rocked the singer and he mentioned it in his 2019 autobiography, ‘Me: Elton John’. He wrote: “She was a very dear friend for years, and then, completely unexpectedly, we fell out.”

Diana had promised her close friend that she would write the foreword for a coffee-table book called ‘Rock and Royalty’ put together by their mutual friend, Gianni Versace.

Elton described the book as a “collection of portraits by great photographers” and included photographs of music stars such as Prince, Take That and Elton himself posing in Versace.

Diana also said she would go to the launch of the book at a fundraising dinner for Elton’s AIDS Foundation in February 1997.

Princess Diana and Elton John fell out in 1997 (Image: Getty)

Elton John and Princess Diana were close friends for years before her death (Image: Getty)

Author Howard Hodgson wrote in his 2007 biography, ‘Charles — The Man who will be King’ that Diana was then “a little foolish” in her actions, but had a particular motivation.

He explained: “Given the title of the book and the author’s reputation, she was perhaps a little foolish to have left it until so late in the day — but when she had agreed to write the foreword and attend the launch she couldn’t have cared less about how the Royal Family might have regarded such a publication.”

However, when she finally saw the book, she was “horrified”.

Nude men were juxtaposed with photographs of senior royals such as the Queen. 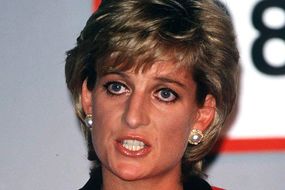 Diana’s brutal outburst against royal staff: ‘Get out of my sight!’ 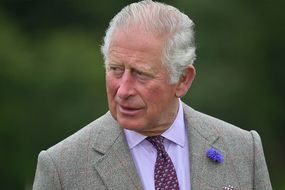