GOOGLE MAPS is a great tool for travellers but more recently the Street view map has been used to spot some bizarre sights. And this may be the case for one man who was spotted sleeping in a very unusual position.

Google Maps Street View is a tool and app used by people around the world to find their way across their own country as well as destinations abroad. The tool is used by people trying to navigate their way to local shops, and those planning road trips across continents. More recently, the tool has been used to spot some bizarre occurrences. 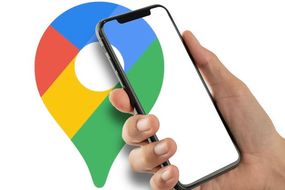 Google quietly releases a redesign to its Google Maps alternative

The tool is normally used as an online mapping service which is owned by Google.

In fact, some images spotted by eagle-eyed users on the tool can sometimes go down in history.

This particular image was spotted in a car park in Charleston, South Carolina.

But on closer inspection, it becomes clear that everything is not as it seems.

The screenshot shows a person lying in the middle of a footpath of some kind.

DON'T MISS
Italy: Island of Sardinia could be next on quarantine list [INSIGHT]
Greece: Holidaymakers ditch Crete for these Greek island

PREV Forget about Scotland! It's WALES that could tear UK apart as independence ...
NEXT Adele weight loss: How singer slimmed down by 7st following simple diet plan