Jeremy Clarkson returned to the Who Wants to Be a Millionaire hosting chair last week as he put a number of budding quizzers through the wringer in the hopes of pocketing the elusive £1million jackpot. The series was full of highs and lows, from several contestants missing out on thousands of pounds to Donald Fear becoming the first millionaire winner in 14 years. However, it wasn't just the quizzing prowess of the players which caught the eye as Jeremy also had fans talking with his putdowns of some of his The Grand Tour colleagues. 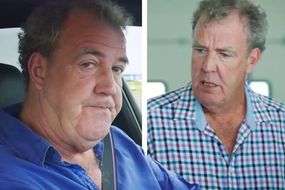 Donald Fear's stint on Who Wants to Be a Millionaire came in the final episode of the series - and certainly made it one of the most talked about moments of television for the year.

However, earlier in the episode, Jeremy had previously welcomed Hemal Shah to the hotseat as he hoped to pocket some cash.

The funding analyst from Wycombe earned a respectable £32,000 but his time on the show wasn't without a few jibes at his "boring" sounding job.

And in doing so, Jeremy spotted the perfect chance to take a swipe at his former Top Gear co-star.

READ MORE: Who Wants to be a Millionaire winner EXCLUSIVELY notes second he knew he'd win