James Bond (played by Daniel Craig) is the topic on all film fans' lips at the moment, as No Time To Die is just around the corner. Although fans are eager to see just what happens to Craig's version of the hero in his final film, they are also excited to see who is going to take over from him next.

James Bond: Game of Thrones star MISSED OUT on role after Roger Moore 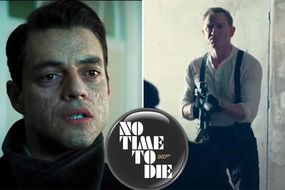 Over the past year a number of rumours have surfaced surrounding the next potential man of mystery.

Many of these rumours have put forward a number of actors, including Sam Heughan, and James Norton.

While this pair are still the favourites for the next Bond, one plucky young actor is climbing the ranks.

Tom Hardy, who turns 43 today, is perhaps one of the better known British actors in the world right now.

READ MORE: Next James Bond: Henry Golding COY on 007 meetings – ‘I’m not being drawn into this trap!’

James Bond: Tom Hardy could be the next Bond after all (Image: GETTY • UNIVERSAL)

James Bond: Tom Hardy could be suiting up as the next Bond (Image: GETTY) 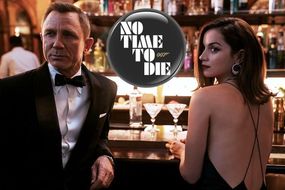 No Time To Die release date: James Bond heading for DELAY into 2021?

And while he has stayed relatively quiet during this time of contemplation, the odds are beginning to stack in his favour.

Leading betmakers Ladbrokes recently published a new set of odds on who is most likely to take over the role of Bond from Craig.

And, surprise surprise, Hardy is slowly leap-frogging previous favourites such as Cillian Murphy.

Hardy sits with a healthy 8/1, an improvement from this time last year.

Ahead of him still sits the favourites Norton and Heughan, with 2/1 and 3/1 respectively.

James Bond: Will Craig's final film show him being killed off? (Image: UNIVERSAL)