THE POUND has enjoyed its first gain against the euro after a rough week of losses. Is now the best time to buy travel money?

The pound has made a modest recovery against the euro after a week of dramatic losses last week. However, as Brexit concerns continue to mount, it is likely the UK's departure from the EU will lead the way for the exchange rate.

The pound is currently trading at a rate of 1.0813 against the euro according to Bloomberg at the time of writing.

Though it is a small gain, sterling still sits below the 1.1 handle.

"Sterling found a bit of light relief on Monday, notching its first daily gain in six against the euro, as the pressure stemming from ongoing Brexit uncertainties relented a touch," he explained.

“Said post-Brexit talks will remain the primary driver of the pound today, with this morning’s labour market figures somewhat inconsequential, and the path of least resistance remaining to the downside for sterling pairs.”

The small growth is a welcome relief after last week, with the GBP hitting its lowest level since March by Friday.

It came as ministers continued to battle it out to try and secure a Brexit deal.

However, with the UK and EU still and loggerheads over some trade negotiations, rising concerns over a "no-deal" Brexit hit the exchange rate with force. 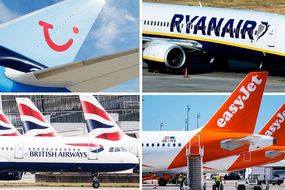 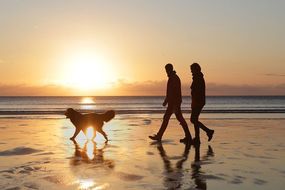 “The EU has warned that it will take legal action unless the UK scraps its plan to override the Brexit divorce treaty," George Vessey, UK currency strategist for Western Union Business Solutions told