THE BBC has revealed that it is neck and neck with YouTube for young viewers as it desperately tries to lure in youths who are flocking to online streaming sites.

In its annual report published on Tuesday, the BBC admitted 80 percent of 16-24 year-olds watched the BBC each week on average. This was only slightly ahead of YouTube’s performance within the same age bracket. In third place in the popularity stakes was Spotify before Facebook and Netflix.

Young adults who tuned into the Beeb spent more than seven hours per week on average consuming services on the network.

This was above the broadcaster’s target range of six to seven hours.

The report said: “This means that the BBC – across all its portfolio – was the brand with which young adults spent most media time in 2019/20.”

But they said the amount of time young adults spent watching BBC programmes over the past 12 months had dropped from the previous year.

The BBC revealed in its annual report that it is neck and neck with YouTube for young viewers (Image: GETTY)

The Beeb is trying to attract younger viewers (Image: GETTY)

The corporation cited an increase in competition as a reason for the fall.

The report added: “Whilst 16-34s spent more media time with the BBC than with any other brand in 2019/20 and usage was within the target range, the amount of time spent was lower than the previous year given the increasing strength of competition, and was down proportionately more than older age groups.

“So, whilst the majority think that the BBC delivers the public purposes effectively, the scores that they gave in 2019/20 tended to be lower than those from over 55s across a range of measures.”

The BBC also said that eight in 10 children and young adults in the UK watch the BBC on average each week.

The BBC is competing with streaming giants for young viewers (Image: GETTY) 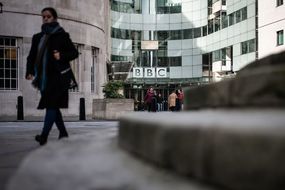 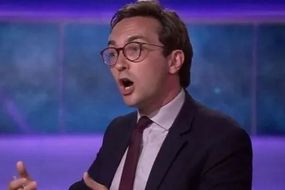