Suki (played by Balvinder Sopal) has caused a stir since she arrived on EastEnders earlier this year, with the matriarch firstly lying to her children she had cancer to seek their sympathy. With her deceit uncovered, the BBC soap newcomer has taken control of her son Kheerat Panesar’s (Jaz Deol) pest control and call centre business, as well as recently apprehending the deeds to the Minute Mart. The premises became the centre of a heinous crime last week when Martin Fowler (James Bye) was left for dead. However, with how calmly she managed to handle the situation, some viewers believe she has experience with covering up dodgy deeds - including getting her husband sent to prison. 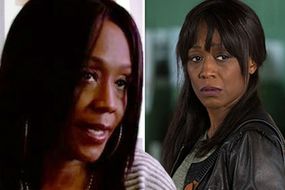 The scenes in question saw her young son Vinny Panesar (Shiv Jalota) hit Martin around the head with a fire extinguisher after fleeing Ruby Allen’s (Louisa Lytton) club after the pair came up with a plan to stage a robbery.

Thinking he’d come up with a foolproof plan, the youngster ended up calling on his brother Jags Panesar (Amar Adatia) to help him with the hiccup.

However, knowing how useful their mother could be, the latter brought along Suki who jumped straight into defence mode.

After making sure the CCTV footage of the altercation was erased and there was no further evidence her criminal son had any involvement, she then rang the ambulance for her neighbour.

As the father-of-two was sent to the hospital, the matriarch told her daughter Ash Kaur (Gurlaine Kaur Garcha) to be her brother’s alibi as it seemed she was going to set-up another Walford resident for the crime.

EastEnders spoilers: Suki Panesar has been scheming since she arrived in Walford (Image: BBC) 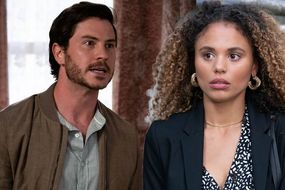 With Suki coming up with a meticulous plan so quickly, it is likely she has some experience in the field, so could she have set up her own husband for a crime he didn’t commit?

PREV RT @WenleiMa: There are sweeps, and then there's Schitt's Creek, which just ...
NEXT Adele weight loss: How singer slimmed down by 7st following simple diet plan