ARCHAEOLOGISTS have concluded the world's largest-ever DNA sequencing of Viking skeletons, revealing in the process the fearsome Scandinavian warriors were not all Scandinavian after all.

The groundbreaking research, led by experts in the UK, has exposed the diverse genetic background of the Vikings. Archaeologists analysed more than 400 Viking skeletons from excavations across Europe and Greenland using cutting-edge technology. The findings, published today (September 16) in the journal Nature, also shatter many preconceived notions about who the Vikings were and what they looked like.

The six-year study was led by researchers at St John's College, University of Cambridge, under the guidance of Professor Eske Willerslev, director of The Lundbeck Foundation GeoGenetics Centre, University of Copenhagen.

He said: "We have this image of well-connected Vikings mixing with each other, trading and going on raiding parties to fight Kings across Europe because this is what we see on television and read in books – but genetically we have shown for the first time that it wasn’t that kind of world.

"This study changes the perception of who a Viking actually was – no one could have predicted these significant gene flows into Scandinavia from Southern Europe and Asia happened before and during the Viking Age." 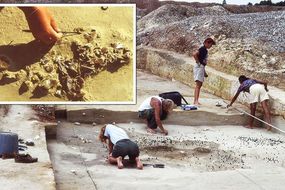 And the Viking Age typically refers to a period of Norse activity between the years 800 AD and the 1050s AD - just before the Norman conquest of England.

During this time, the Vikings shaped the course of history, raided and pillaged their way across Europe and even reached America 500 years before Christopher Columbus did.

And yet, our understanding of the Vikings as proud warriors, traders and raiders of Scandinavian heritage was wrong all along.

According to Professor Willerslev's study, the genetic history of the Vikings was influenced by genes from Asia and Southern Europe before the dawn of the Viking Age.

Even more surprisingly, the study found many Vikings had brown and not blonde hair.

Professor Willerslev said: "We didn’t know genetically what they actually looked like until now.

Archaeology news: Some of the greatest discoveries mapped out (Image: EXPRESS) 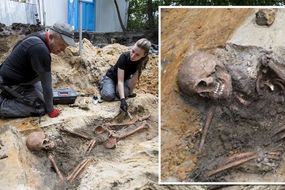 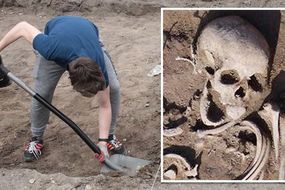 The history books will

PREV 30,000-plus expected for night AFL grand final at the Gabba mogaznewsen
NEXT Adele weight loss: How singer slimmed down by 7st following simple diet plan