PRINCE ANDREW is "highly likely" to be stripped of his HRH status at some point, a royal commentator has shockingly claimed.

Andrew has been roped into an international storm surrounding the disgraced financier Jeffrey Epstein over the last year. Epstein, already a convicted sex offender, was arrested last summer on charges relating to the trafficking of young women and girls — but he killed himself in jail before his trial. Andrew, who became friends with Epstein in around 1999, has denied any knowledge of Epstein’s crimes, and there is no indication that he is guilty of any wrongdoing himself.

Andrew even tried to tackle the criticism head-on in an interview with BBC Newsnight last November, but it was immediately dubbed a “car-crash”.

Consequently, he was forced to step down from his public duties “for the foreseeable future” and stripped of his £250,000 salary in public funds.

While he has retreated from the spotlight and was not even spotted in his daughter Princess Beatrice’s wedding photographs, he is thought to still have access to the Queen’s private funds, the Duchy of Lancaster.

The official website for the Royal Family also still refers to him as “His Royal Highness The Duke of York”, showing he has maintained use of his HRH despite no longer being a working member of the Firm.

Prince Andrew has faced criticism over his friendship with Epstein in the last year (Image: Getty)

Epstein and Andrew are believed to have become friends in around 1999 (Image: Getty)

This has raised eyebrows within royal spheres.

Prince Harry and Meghan Markle were no longer allowed to use their HRH status once they decided to step down as working royals earlier this year — although they technically still have access to the regal titles.

Princess Diana was stripped of her HRH following her divorce from Prince Charles in 1996, too.

However, Nigel Cawthorne, author of ‘Prince Andrew, Epstein and the Palace’, predicted that Andrew may lose access to his HRH soon.

The Queen and Andrew are thought to have a close relationship (Image: Getty) 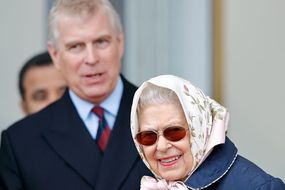 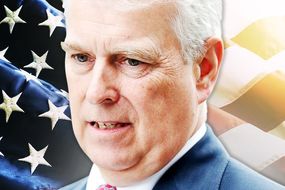 Prince Andrew dubbed ‘Duke of Yob’ after disastrous US trip